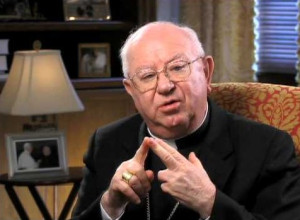 Four points of action recommended in response to Planned Parenthood

The week-long controversy in the media about Planned Parenthood’s apparent practice of harvesting organs and parts of a child’s body for sale during late term abortions should not end with a shrug of the shoulders and business as usual. The tragic reality of abortion on demand in our nation is a black mark on us as a society and an evil that can never be overlooked. Now this practice of the taking of innocent life in the womb is being compounded by the largest abortion provider in our nation by a practice that should horrify us all, even the abortion providers themselves.

The women on the tapes who described the procedures of late term abortion and suggested “better ways” might be found to kill the child so that “more organs can be harvested for sale” brings them and us to a new low in a society already become coarse in its difference to abortion, euthanasia and teenage suicide, not to mention the senseless killings that have been increasing in frequency across our land.

I would suggest that four things need to be done.
First, the U.S. government should be called upon to stop financing Planned Parenthood with taxpayers dollars, some $500 million according to one source.

Second, Planned Parenthood should “come clean,” admit they were wrong, ask for an outside audit and, without our accepting what they do for a living, promise us and our society that they will cease this practice of making money from acts that compound the horrific evil of abortion itself.

Third, every citizen, and especially we who are Catholics, should demand of every candidate for public office that he or she take a public stand on whether or not they support or oppose Planned Parenthood’s heinous and cynical profit making from the tragedy of aborted children.

Fourth, we must pray daily for an end to the tragic scourge that is abortion, the killing of the innocent, the harm done to women and the shame of our society.