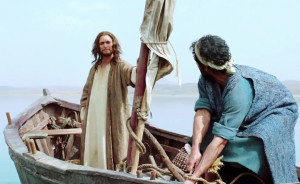 On Friday, February 28, 2014, the new movie Son of God will open in theaters nationwide. This feature length film tells the story of Jesus from his birth to his Resurrection in an inviting and compelling presentation. Some of us had an opportunity to see excerpts of it while at the November USCCB meeting in Baltimore. The movie, Son of God, is derived from the History Channel miniseries entitled The Bible. This engaging series, you may recall, began on March 3 and ran through Easter Sunday last year reaching a huge television audience. It is estimated that 100 million people in the United States viewed it. Find out more here.