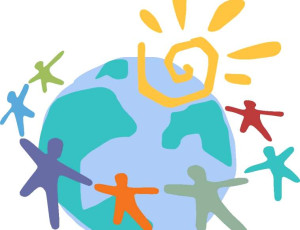 Here are excerpts from the message of the president of the Pontifical Council for Health Care Ministry, Archbishop Zygmunt Zimowski, marking the 6th World Autism Awareness Day.

You can read the complete text here.

Autism: this is a word that still generates fear today even though in very many cultures which traditionally excluded handicaps the ‘diversely able’ have begun to be accepted socially, and many of the prejudices that have surrounded people with disabilities and even their parents have begun to be dismantled. To define someone as autistic seems automatically to involve a negative judgment about those who are afflicted by it, and, implicitly, a sentence involving a definitive distancing from society. On the other hand, the person concerned seems to be unable to communicate in a productive way with other people, at times as though shut up in a ‘glass bell’, in his or her impenetrable, but for us wonderful, interior universe.

This is a ‘typical and stereotyped’ image of the autistic child which requires profound revision. Ever since her birth, as a guiding theme, the Church has always expressed her care for this aspect of medicine through practical testimonies at a universal level. Above all else, this is witness to Love beyond stigma, that social stigma that isolates a sick person and makes him or her feel an extraneous body. I am referring to that sense of loneliness that is often narrated within modern society but which becomes even more present in modern health care which is perfect in its ‘technical aspects’ but increasingly deprived of, and not attentive to, that affective dimension which should, instead, be the defining aspect of every therapeutic act or pathway.

…Dear brothers and sisters, setting oneself to listen must necessarily be accompanied by an authentic fraternal solidarity. There should never fail to be global care for the ‘frail’ person, as a person with autism can be: this takes concrete form with that sense of nearness that every worker, each according to his or her role, must know how to transmit to the sick person and his or her family, not making that person feel a number but making real the situation of a shared journey that is made up of deeds, of attitudes and of words – perhaps not dramatic ones but ones that suggest a daily life that is nearer to normality.

The Pontifical Council for Health Care Workers, during the Year of Faith, wishes to share with  people who suffer because of autism the hope and certainty that adherence to Love enables us to recognize the Risen Christ every time that he makes himself our neighbor on the journey of life. Let what John Paul II, in whose intercession we trust and the eighth anniversary of whose return to the house of the Father we remember specifically today, be a reference point for us: ‘The quality of life in a community is measured largely by its commitment to assist the weaker and needier members with respect for their dignity as men and women. The world of rights cannot only be the prerogative of the healthy. People with disabilities must also be enabled to participate in social life as far as they can, and helped to fulfill all their physical, psychological and spiritual potential. Only by recognizing the rights of its weakest members can a society claim to be founded on law and justice’ (John Paul II, Message on the Occasion of the International Symposium on the Dignity and Rights of the Mentally Disabled Person, 7-9 January 2004, n. 3).